Since the kernel update to version 3.16 in Arch Linux the function keys for changing screen brightness in my laptop have ceased to work (at least in Openbox). While I was struggling with the problem, I discovered that xbacklight works well and gives a nice smooth transition effect between brightness levels, so I decided to use it instead. But it did not work exactly in a way I expected it to.

This solution changes brightness as expected (from 0 to 100% of /sys/class/backlight/intel_backlight/max_brightness), but not in a human-friendly way. If you play with this for a while you’ll notice that brightness changes almost unnoticeably when the screen is very bright and more and more rapidly when the screen gets darker. Furthermore, in the end, you get to zero brightness: the backlight is turned off and you don’t see anything anymore. You can of course increase brightness back at that point, but having to do this is quite annoying.

As it turns out, human perception isn’t linear. According to the Weber-Fechner law perceived brightness is more or less proportional to the common logarithm (logarithm with base 10). The same principle applies also to the perception of sound.

And here’s how it looks in our case: 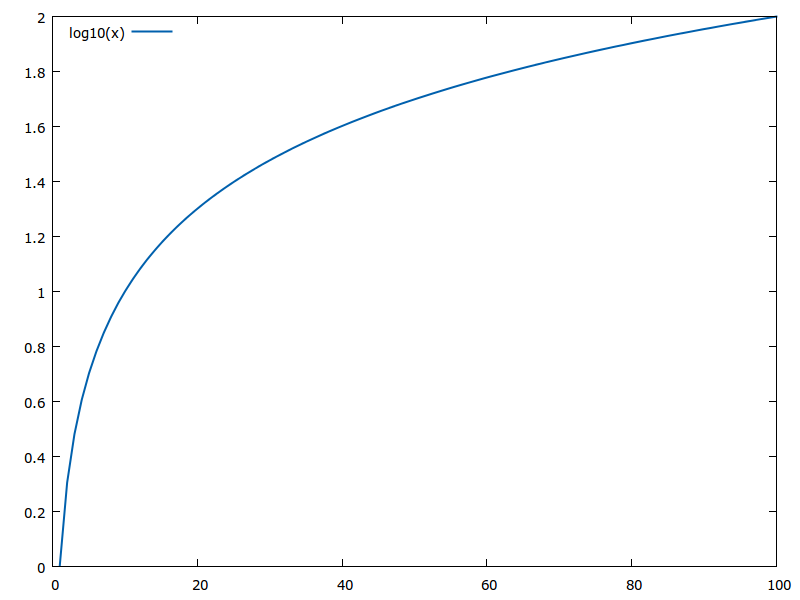 To be sure that illuminance change is in my case linear, I used a Light Meter app and measured the illuminance using the sensor in my phone (in not-very-scientific conditions, from a small distance): 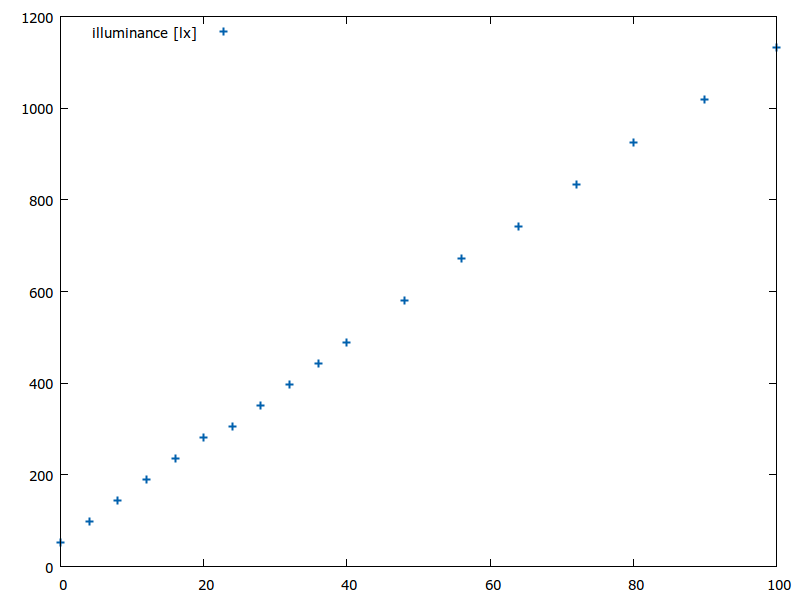 And yes, it is linear, exactly as expected.

Let’s say we would like to divide our range of brightness evenly based on perceived brightness, not illuminance. The following Python script does exactly that, and a bit more:

The configuration is based on three variables:

Having these variables hardcoded does not seem like a very good idea at first, but then how often can I change my mind about e.g. the number of steps?

The script takes one argument: -inc to increase brightness by one step or -dec to decrease it. And the algorithm is simple:

And that’s all. Here’s a gist if you want.

Using it in Openbox

If you’re an Openbox user, just place this script somewhere in your PATH (~/bin/change-backlight.py in my case) and add these lines to ~/.config/openbox/rc.xml:

Oh, and don’t forget to reconfigure Openbox: openbox --reconfigure should do the trick.

If you're afraid of cookies but still want to use this site, probably nothing major will happen if you block them. Otherwise, you don't have to do anything.